PEOPLE RESPECT HUMILITY WHEN IT COMES TO CRITICISM

Giving criticism can be tough if you’re the type who avoids confrontation. Skilled people can dish out criticism in ways that don’t alienate or create defensiveness in other people, but that is only half the battle. The other half of the battle is how people own their responsibility to respond to criticism with grace. 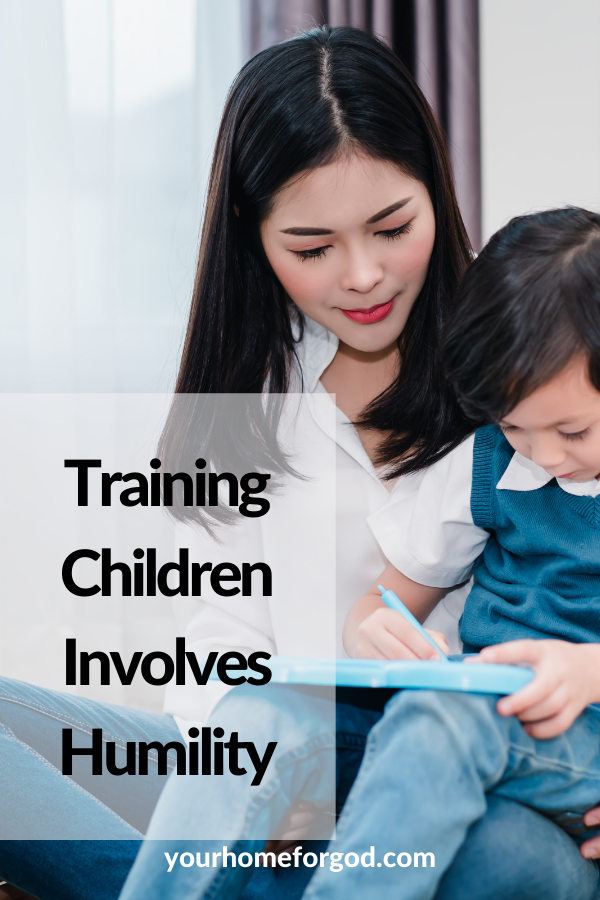 Giving criticism is an art and the most artful people are sure to watch their motives, watch their language, and watch their emotions when offering negative feedback. Dishing out criticism can be tricky no matter how well prepared someone is because half the experience is based on how the other person responds to criticism. 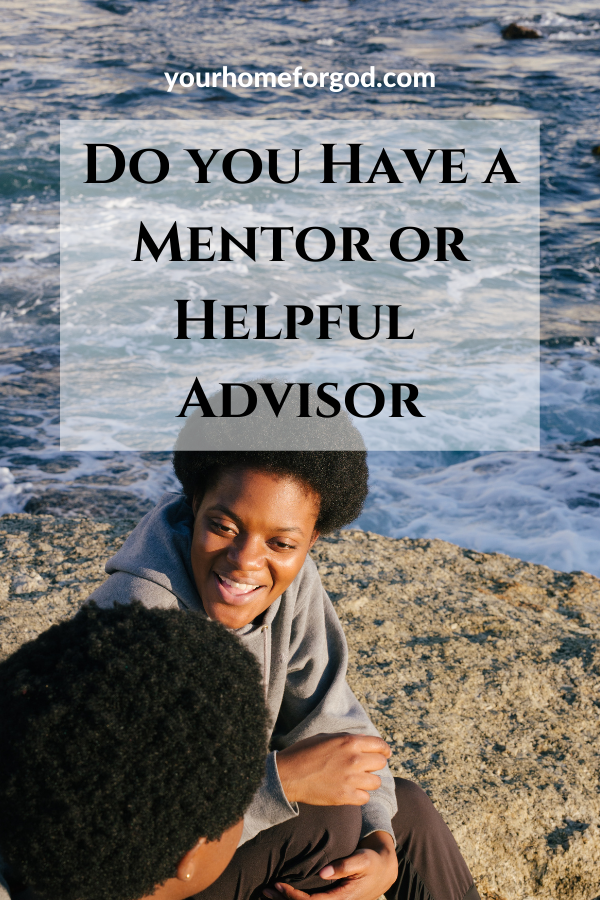 Do you Have a Mentor or Helpful Advisor?

People react in many ways to critical feedback. Some react with defensiveness, anger, and blame while others react with crushed spirits, tears, and anxiety. All of these reactions make it harder to solve problems or move through the negative to a positive place. Ideally, criticism is best served up by someone who is conscientious about their delivery and received by someone who is humble in their response.

When someone is offering critical feedback, it helps to have someone humbly receive it. Assuming the feedback is righteous, (Biblical) and the delivery is kind, there’s no better outcome than to receive it with an open mind and an interest in making things better.

It takes courage to confront someone who has unwillingly or unknowingly caused a problem. There’s great risk in sharing negative feedback when the outcome isn’t guaranteed. Sometimes people are genuinely upset when they offer criticism and having their critique accepted and acknowledged helps them relax and diffuses the situation.

When a business or individual has caused damage or harm, being open to taking responsibility goes a long way in the healing process. Instead of bracing themselves for a fight, people can look forward to a solution. Half the battle is won when people are humble enough to receive constructive feedback.

Being on the receiving end of criticism isn’t always easy. It can be frustrating if you don’t agree with the criticism and it can be embarrassing if there’s been a blunder. Most people are less confrontational when they believe you are open to hearing what they have to say. Being humble, repentant, and willing to make things right often shifts the situation from potentially volatile to solution focused. 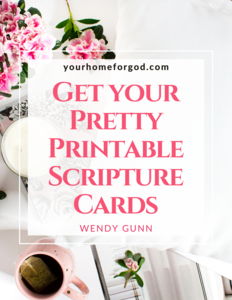 If you’re on the receiving end of criticism, do your best to approach things with a humble mindset. Openness to hearing critical feedback and sharing your genuine concern for making things right will help you receive criticism like a pro.

Consider the Source – You Don’t Have to Accept Every Criticism

Let’s get something straight—not every word of criticism that every person gives you is valid. People dish out criticism for all sorts of reasons. Knowing when to pay attention and when to let it go matters. If you subject yourself to all forms of criticism, you’re likely going to spend all of your time trying to please people who may never be satisfied. Be discerning of the spirits. Be wise. Compare what is said to Scripture. Stand up for yourself and learn you don’t have to accept every criticism.

When you find yourself under scrutiny it’s important to consider some factors before you address their critical viewpoint. Consider the following.

Does this person have a legitimate right to criticize you? Not everyone has the authority or proper connection to you to offer you a critique. Some people by nature of their relationship to you have an implied authority to criticize you and others have the potential to offer criticism should you allow it. Other people simply have opinions that you can either consider or refuse. Make sure to consider the source of the criticism and decide if it should be something you subject yourself to.

What is someone criticizing and how are they doing it? If someone is humiliating you or berating you, there’s no obligation or reason to consider it. What is it that they are saying? Is there validity to what they are criticizing, and would it be in your best interest to consider it? If so, it’s important to pay attention even if the truth hurts. In the end, it’s in your best interest to hear some tough truths sometimes. 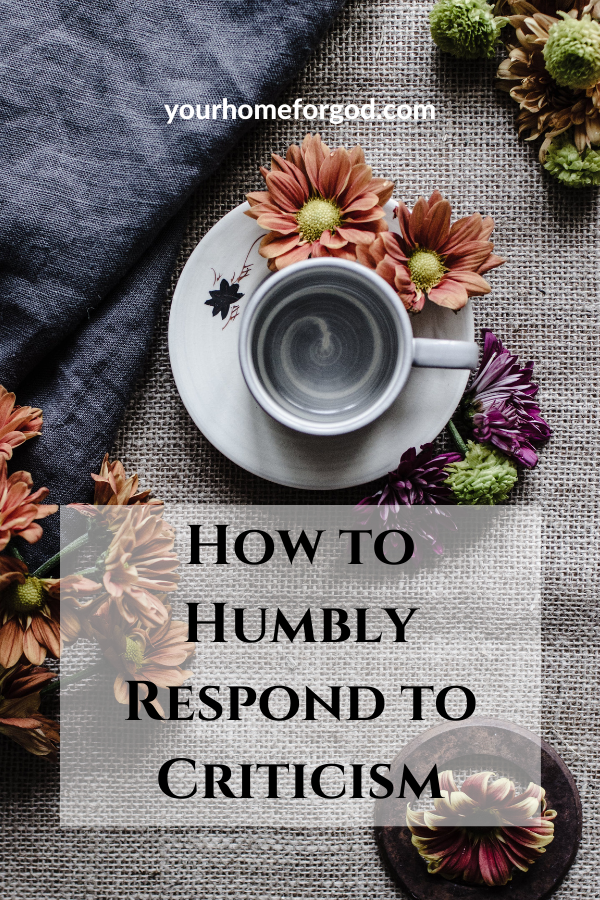 How to Humbly Respond to Criticism

You don’t have to respond to every criticism. Sometimes, in cases of work, relationships, or good faith you’ll want and need to respond but other times you simply don’t have to. Social media tends to be a place where people get put on blast and criticized. You are not required to defend yourself or capitulate to criticisms that simply don’t matter. And, frankly, so much of what is said is simply not true. If this is a place where you’re experiencing upheaval of your mind and spirit, it might be time to take a fast from social media.

It might feel like you’re obligated to receive people’s criticisms but that’s not always the case.  Be sure to scrutinize criticism and make sure it’s valuable before you take it in. There are times when it’s important to consider what someone is saying and times when the best thing you can do is ignore it. The healthier you are with your considerations, the easier it will be to discern when to listen and when to let it go.

Stop Being Defensive When You Hear Criticism

It doesn’t take much criticism to know it can hurt. Especially when you feel misunderstood or falsely accused. We may have a reaction that kicks in, because of the grain of truth, surrounded by error, in the criticism. And it may remind us of an event in the past that’s unpleasant.

The reason people react poorly to being criticized is often connected to a time in the past that a critical word:

Do you Have a Mentor or Helpful Advisor?

Here are some valuable steps to stop being defensive when someone offers you criticism:

How to Humbly Respond to Criticism

If you are prone to giving much criticism, consider how difficult it is to take calmly. Be more gentle, and speak more praise, only giving criticism when absolutely necessary!

Critical feedback has value. Even if you have a history of being defensive, you can overcome that reaction and find the benefits of hearing critical information. Pray! Take the steps necessary to respond wisely and find what the LORD has for you in the criticism. With practice, you can expect to feel less defensive and more open to tough conversations in the future, and gain valuable feedback to make you better.

Hope you’re having a Great Week Making Your Home For God!

P.S. Check out the resources at Christian Marriage Adventures for better communication and a stronger marriage today!

Struggling with parenting? Here’s  my Video Course, “Raising Godly Kids”! There’s a 30-day 100% money-back guarantee, so there’s nothing to lose! Get help today! 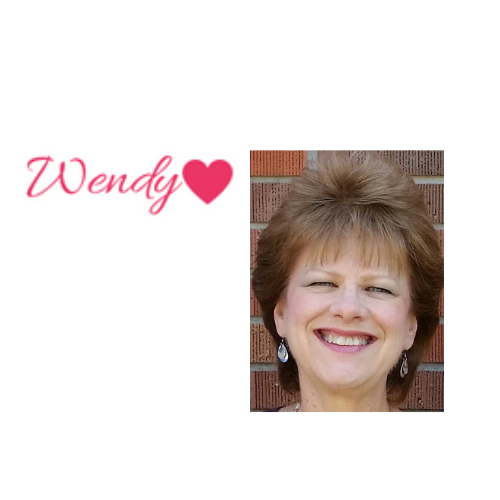 Whatever hard thing you’re going through, the only way you really get through it is with Jesus (God, the Holy Spirit)! Hard times are inevitable,…

Be Patient, God Is Not Finished With Them, Or You, Yet Oh, my goodness, there’s so much I want to say to…

Success in Child Discipline came after we failed, and had many days of humble, tearful retraining. My desire for you is that you would not… 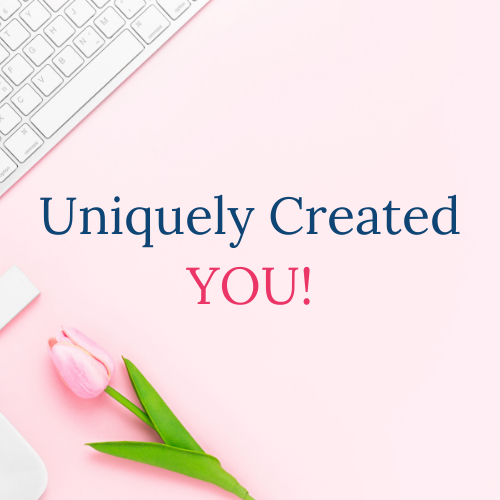 Uniquely Created You My message to you is very simple, but will change your life if you can embrace it! God uniquely created you so…

Where to Put things in the kitchen Today I want to talk to you about How to Organize Your Kitchen to Save You Time!  It’s…

Homeschool Help Is Available Do you wonder how to get the Homeschool help you need?  No matter where you are on your journey in Homeschooling,… 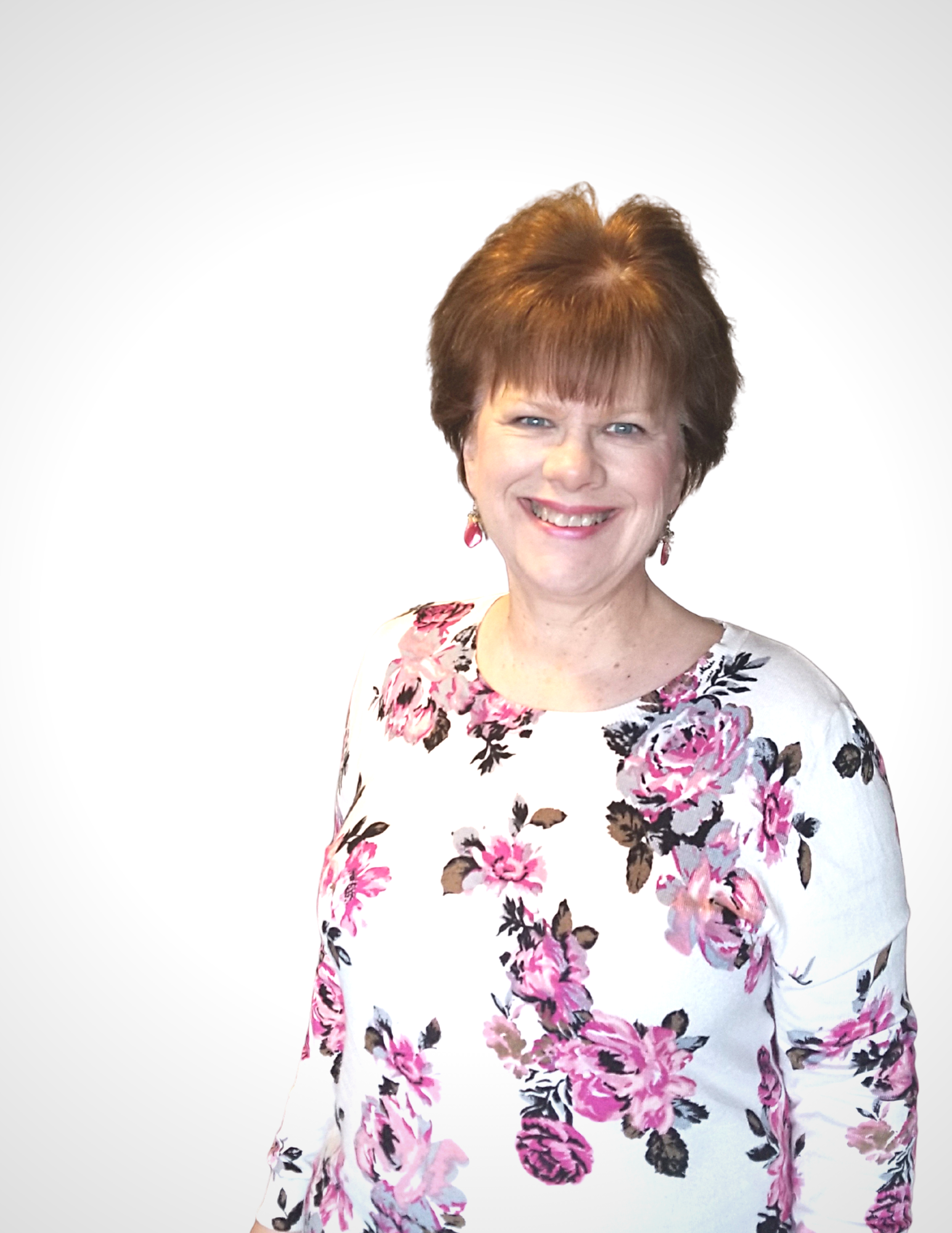